Ola and Neil began working together when Ola asked Neil to make a film of his painting process. It led to another film 'Why Red?' after which they began working on an exhibition together. The exhibition called ‘Cycle’ set in motion their collaboration on the cycle of life. After this exhibition they began discussing their next project and arrived at ‘Ticktock-ticktock’. They had a trial installation of ‘Ticktock-ticktock’ at a harbour in southern Sweden where fishing used to be the mainstay of the local population. Watching people's reactions to the installation and how it touched them made Neil and Ola want to take it to the wider world, from the local to the global.

Neil After studying architecture in London founded RABOTAT in 1994 to act as an umbrella organisation, bringing together artists from art, architecture, film, graphics and music. He set out to re-define existing boundaries and inspire the development of innovative ideas. Recent commissions undertaken by Neil include in fields as varied as art installations, film productions, and architecural and interior design.

Ola began as a painter and then continued with commercial illustrations. He now works as a mural and portrait painter besides installations. Based now in Sweden he has worked in England, Denmark, Spain, Italy and Switzerland. These days Ola has been exploring his interest in ‘action painting’ where he works together with dancers as he paints and has discovered mediums that he never considered before and is now embedding it in his work and it has become part of his repertoire. 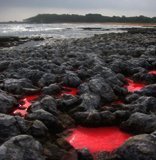 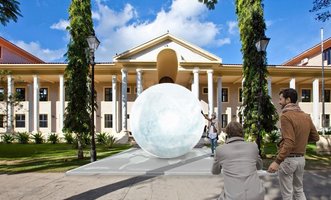